Yesterday my granddaughter and I found some moss growing in the yard. She was quite intrigued by it, so I pulled up a bit, and brought it in the house for further study. She looked at in under different powers of magnification. She liked how soft it was, and how it looked like a mini forest. She also observed how the roots (called rhizoids) are not long, and do not go deep into the ground. Moss grow in mounds, or mats. I also had her take note of where it was growing: a damp, shady place. Mosses don't produce flowers, but during growing season, it will send up tiny stalks with a capsule on top that contain spores which will be released, and spread by the wind, or water to create new patches of moss. 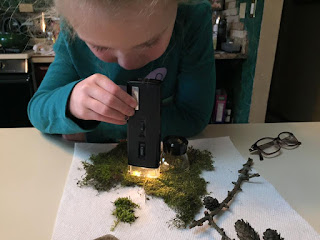 Investigating a mat of moss. 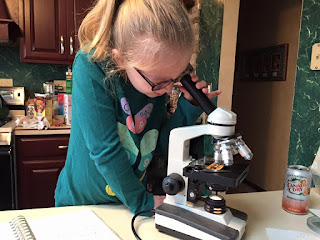 Under the bigger microscope. 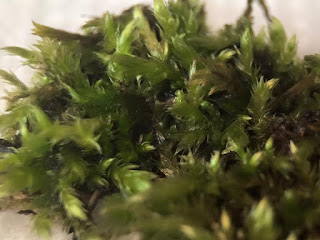 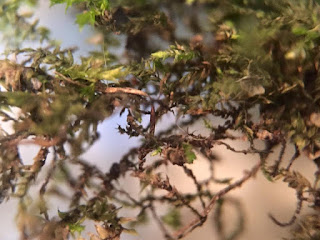 Rhizoids are moss roots. They are as thin as a strand of hair. 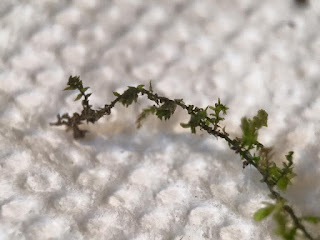 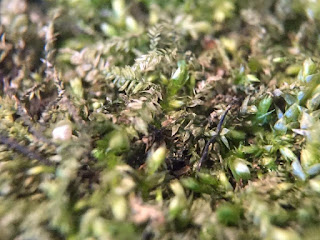 We found 2 different kinds of moss in the yard. 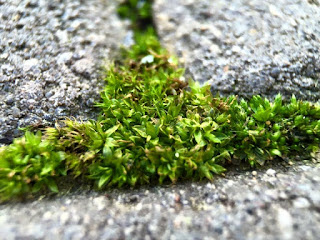 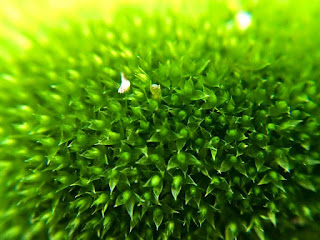 Some moss grows in mounds, while others are more mat-like. 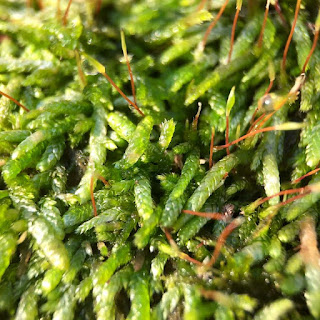 This moss has sent up the slender stalks with the capsules, called sporangia, on top which contain the spores.

Kim White
I have always been in love with the natural world. My favorite times were when I was at camp walking in the woods, canoeing on a river, looking for tadpoles, turning over rocks to find hidden treasures, watching daddy longlegs, and being next to my grandmother in her farm garden. I strived to give my children these experiences, and now my 4 grand daughters. I volunteered as a docent at Brookfield Zoo for 10 years, followed by 10 years as an employee in their Education Department teaching school groups. I later worked as a tour guide for a pilgrimage company, taking people to Israel, Egypt, and Europe. I then took 4 years off to care for my beloved in-laws. Now, I am back to learning, and teaching about the natural wonders of the world that can be found in our own backyards.